Three Ways for a Nicer Output In this chapter of our Python tutorial we will have a closer look at the various ways of creating nicer output in Python. We present all the different ways, but we recommend that you should use the format method of the string class, which you will find at end of the chapter. "string format" is by far the most flexible and Pythonic approach.

So far we have used the print function in two ways, when we had to print out more than two values:

The Old Way or the non-existing printf and sprintf

Is there a printf in Python? A burning question for Python newbies coming from C, Perl, Bash or other programming languages who have this statement or function. To answer that Python has a print function and no printf function is only one side of the coin or half of the truth. One can go as far as to say that this answer is not true. So there is a "printf" in Python? No, but the functionality of the "ancient" printf is contained in Python. To this purpose the modulo operator "%" is overloaded by the string class to perform string formatting. Therefore, it is often called string modulo (or somethimes even called modulus) operator, though it has not a lot in common with the actual modulo calculation on numbers. Another term for it is "string interpolation", because it interpolates various class types (like int, float and so on) into a formatted string. In many cases the string created via the string interpolation mechanism is used for outputting values in a special way. But it can also be used for example to create the right format to put the data into a database.

Since Python 2.6 has been introduced, the string method format should be used instead of this old-style formatting. Unfortunately, string modulo "%" is still available in Python3 and what is even worse, it is still widely used. That's why we cover it in great detail in this tutorial. You should be capable of understanding it, when you encounter it in some Python code. But it is very likely that one day this old style of formatting will be removed from the language. So you should get used to str.format().

The following diagram depicts how the string modulo operator works:

On the left side of the "string modulo operator" is the so-called format string and on the right side is a tuple with the content, which is interpolated in the format string. The values can be literals, variables or arbitrary arithmetic expressions.

The format string contains placeholders. There are two of those in our example: "%5d" and "%8.2f".

The general syntax for a format placeholder is Let's have a look at the placeholders in our example. The second one "%8.2f" is a format description for a float number. Like other placeholders, it is introduced with the "%" character. This is followed by the total number of digits the string should contain. This number includes the decimal point and all the digits, i.e. before and after the decimal point. Our float number 59.058 has to be formatted with 8 characters. The decimal part of the number or the precision is set to 2, i.e. the number following the "." in our placeholder. Finally, the last character "f" of our placeholder stands for "float".

If you look at the output, you will notice that the 3 decimal digits have been rounded. Furthermore, the number has been preceded in the output with 3 leading blanks.

The first placeholder "%5d" is used for the first component of our tuple, i.e. the integer 453. The number will be printed with 5 characters. As 453 consists only of 3 digits, the output is padded with 2 leading blanks. You may have expected a "%5i" instead of "%5d". Where is the difference? It's easy: There is no difference between "d" and "i" both are used for formatting integers. The advantage or beauty of a formatted output can only be seen, if more than one line is printed with the same pattern. In the following picture you can see, how it looks, if 5 float numbers are printed with the placeholder "%6.2f" are printed insubsequent lines: The following examples show some example cases of the conversion rules from the table above:

The Python help function is not very helpful concerning the string format method. All it says is this:

Let's dive into this topic a little bit deeper: The format method was added in Python 2.6. The general form of this method looks like this:

The template (or format string) is a string which contains one or more format codes (fields to be replaced) embedded in constant text. The "fields to be replaced" are surrounded by curly braces {}. The curly braces and the "code" inside will be substituted with a formatted value from one of the arguments, according to the rules which we will specify soon. Anything else, which is not contained in curly braces will be literally printed, i.e. without any changes. If a brace character has to be printed, it has to be escaped by doubling it: {{ and }}.

A positional parameter of the format method can be accessed by placing the index of the parameter after the opening brace, e.g. {0} accesses the first parameter, {1} the second one and so on. The index inside of the curly braces can be followed by a colon and a format string, which is similar to the notation of the string modulo, which we had discussed in the beginning of the chapter of our tutorial, e.g. {0:5d}

The following diagram with an example usage depicts how the string method "format" works works for positional parameters:

In the following example we demonstrate how keyword parameters can be used with the format method:

It's possible to left or right justify data with the format method. To this end, we can precede the formatting with a "<" (left justify) or ">" (right justify). We demonstrate this with the following examples:

Unless a minimum field width is defined, the field width will always be the same size as the data to fill it, so that the alignment option has no meaning in this case.

Additionally, we can modify the formatting with the sign option, which is only valid for number types:

We have seen in the previous chapters that we have two ways to access the values to be formatted: The second case can be expressed with a dictionary as well, as we can see in the following code: The double "*" in front of data turns data automatically into the form 'province="Ontario",capital="Toronto"'. Let's look at the following Python program: If we start this program, we get the following output: We can rewrite the previous example by using the dictionary directly. The output will be the same:

Continuing with the previous example, we can create the following output, in which we use the local variables a, b and f:

Other string methods for Formatting

The string class contains further methods, which can be used for formatting purposes as well: ljust, rjust, center and zfill

Let S be a string, the 4 methods are defined like this: 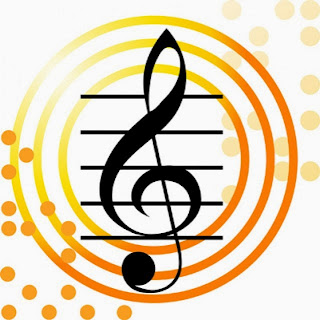 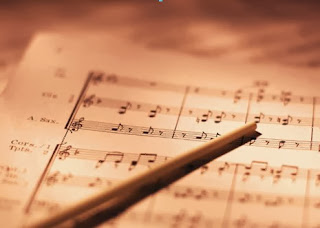