Last lesson we covered the killer topic of Classes. As you can remember, classes are neat combinations of variables and functions in a nice, neat package. Programming lingo calls this feature encapsulation, but regardless of what it is called, it's a really cool feature for keeping things together so the code can be used in many instances in lots of places. Of course, you've got to ask, "how do I get my classes to many places, in many programs?". The answer is to put them into a module, to be imported into other programs.

A module is a Python file that (generally) has only definitions of variables, functions, and classes. For example, a module might look like this:

As you see, a module looks pretty much like your normal Python program.

So what do we do with a module? We import bits of it (or all of it) into other programs.

This assumes that the module is in the same directory as mainprogram.py, or is a default module that comes with python. You leave out the '.py' at the end of the file - it is ignored. You normally put all import statements at the beginning of the python file, but technically they can be anywhere. In order to use the items of the module in your main program, you use the following:

As you see, the modules that you import act very much like the classes we looked at last lesson - anything inside them must be preceeded with modulename for it to work.

Wish you could get rid of the modulename. part that you have to put before every item you use from a module? No? Never? Well, I'll teach it to you anyway.

One way to avoid this hassle is to import only the wanted objects from the module. To do this, you use the from operator. You use it in the form of from modulename import itemname. Here is an example:

What is the point of this? Well, maybe you could use it to make your code a little more readable. If we get into heaps of modules inside modules, it could also remove that extra layer of crypticness.

If you wanted to, you could import everything from a module in this way by using from modulename import *. Of course, this can be troublesome if there are objects in your program with the same name as some items in the module. With large modules, this can easily happen, and can cause many a headache. A better way to do this would be to import a module in the normal way (without the from operator) and then assign items to a local name:

This way, you can remove some crypticness, AND have all of the items from a certain module. 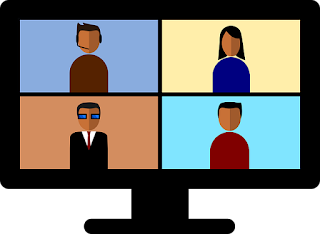